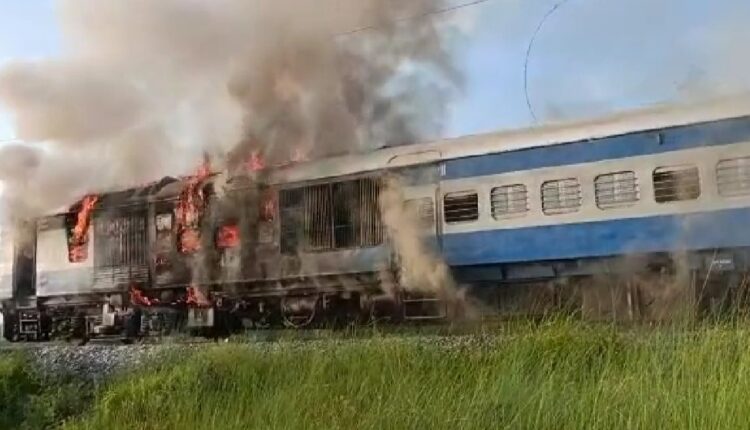 Patna: Hundreds of passengers had a narrow escape on Sunday morning after a fire broke out in a running train near the Bhelahi railway station on the Raxaul-Narkatiaganj section in North Bihar.

The mishap occurred at 5.10 a.m. in the engine of a Raxaul-Narkatiaganj passenger train number 05541 at bridge number 39 near Bhelahi station.

The fire was first spotted by the guard of the train who immediately informed the drivers. At that time, the passenger train was near the Bhelahi railway station. The drivers of the train applied brakes to stop the train.

The passengers immediately jumped out from the train. There was complete chaos and the passengers were very agitated.

The guards and drivers immediately informed the station master of Bhelahi and other senior officials of Raxaul and fire department.