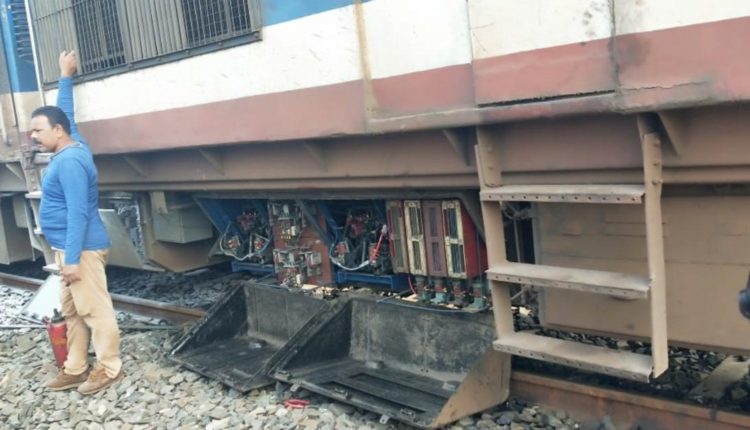 Bangriposi: A fire broke out at Bangriposi-Balasore Diesel Multiple Unit (DMU) train this afternoon. No reports of any casualties have been reported.

While the DMU was stationary at Bangriposi station at around 1:05 pm, fire erupted at its engine. Though the exact reason is not known, it is suspected that electric short circuit led to the mishap.

After receiving information, Fire Service personnel reached the spot and doused the flame. Meanwhile, a team of Railway engineers arrived at the station to ascertain the reason behind the blaze.

Sources said the DMU train will leave for its destination after a thorough inspection.

Railway Action Committee Secretary Shantanu Kumar Das said due to negligence on the part of Railways in looking after old engines, the mishap occurred.