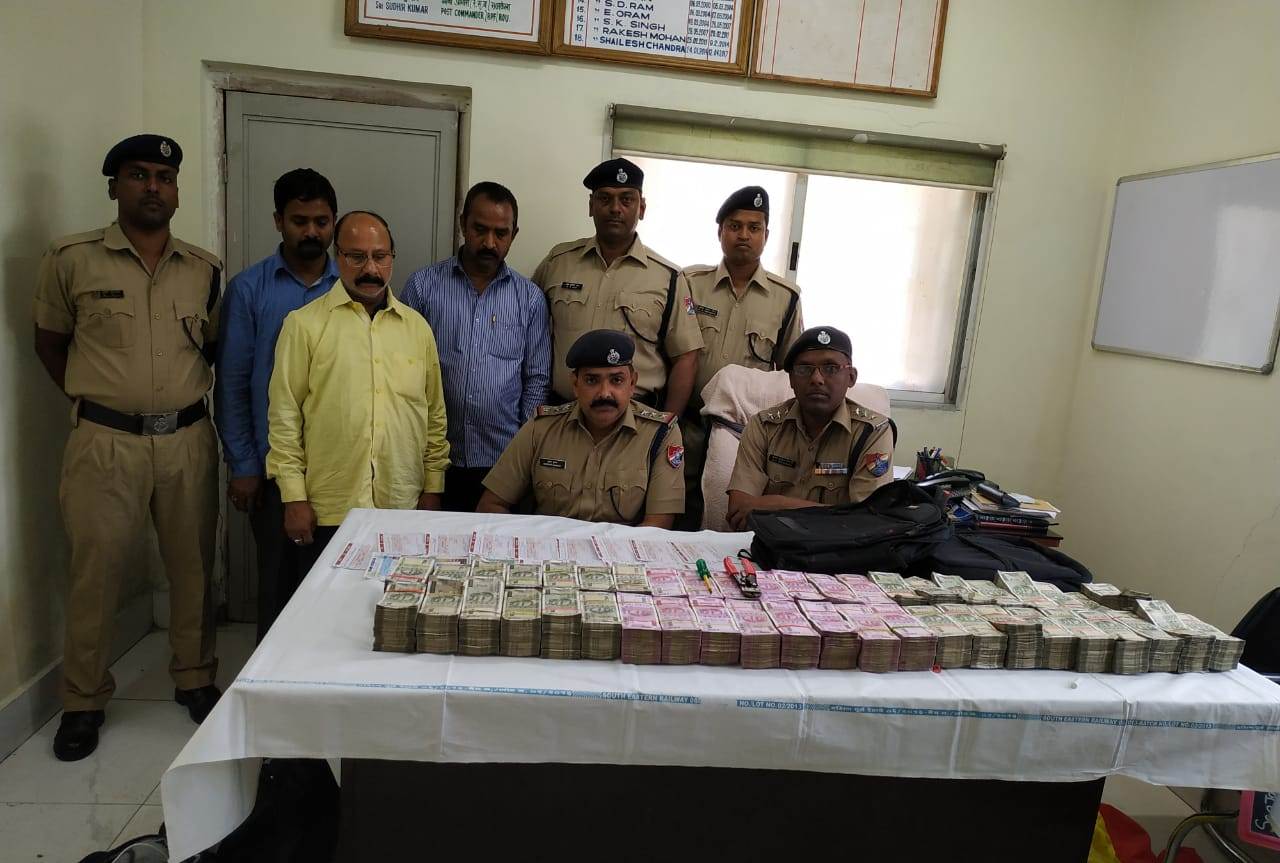 Rourkela: The Railway Protection Force (RPF) busted a gang of thieves and arrested three persons including the key accused involved in robberies and thefts from trains at Rourkela Railway Station yesterday.

The Rourkela GRP also seized Rs 2.23 crore cash from possession of the prime accused identified as Rajan Srivastav of Ranchi and his two associates.

According to reports, the accused robbers had looted a trolley bag containing gold jewelries and other valuables worth Rs 2.79 lakh from a passenger travelling on Howrah-Porbandar Express (2906) AC Class on January 19 under Chakradharpur railway division following which a case was registered under section 379 of IPC at GRP Ahmedabad on Jan 23.

A similar robbery complaint was lodged at GRP Howrah on March 10 after the valuables worth Rs 3.14 crore was looted from a passenger between Tata and Rourkela railway stations on Hatia-Aaba Superfast Express on March 3.

The robbers were looting the valuables and luggage from the train passengers by availing reservation tickers on AC compartments producing forged documents and mobile numbers, the RPF said in a release.

Acting on the complaints, Ahmedabad GRP had communicated with the Rourkela counterpart about the robbery cases following which the Rourkela RPF team launched an operation to nab the accused. They verified the CCTV footage and identified one suspect. They kept vigil on the suspect’s movement. The suspect along with his two associates was spotted at Rourkela Railway Station on March 21. Following interrogation, the accused robbers confessed to the crime and seized Rs 2.23 crore cash from them.