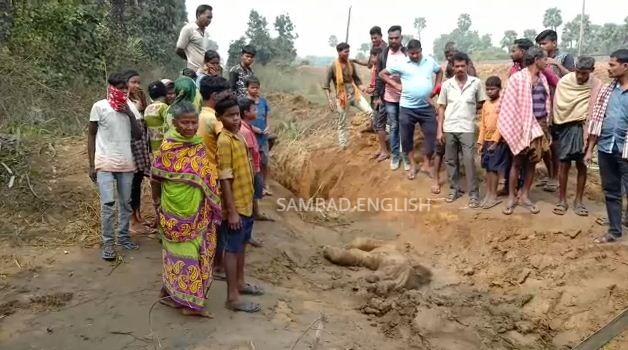 Dhenkanal: An elephant calf died after a freight train ran over the animal at Podapada under Dhenkanal Sadar Forest Range in Odisha, today.

According to reports, the elephant calf was crossing the railway track when a goods train hit the pachyderm and mowed down the animal killing it on the spot.

The head of the elephant calf was severed in the mishap. On being informed, Forest and Railway officials reached the spot and initiated investigation.