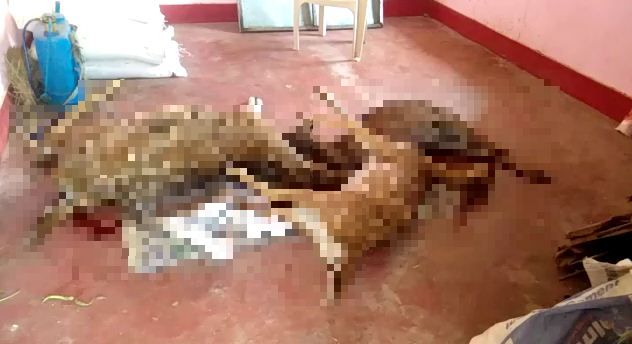 Jagatsinghpur: As many as three deer were killed after a goods train ran over them near Dhalatangada forest in Gopalpur area under Raghunathpur police limits in Odisha’s Jagatsinghpur district last night.

The mishap took place while the animals were crossing the railway tracks and a speeding freight train, which was heading towards Cuttack from Paradip, hit the deer.

Forest department officials have reached the spot and launched investigation into the incident. Carcasses of the deer were recovered and sent for autopsy.

It may be recalled here that in a similar incident, a female elephant had died after being hit by a freight train near Barada level crossing under Sadar police limits in Dhenkanal district on February 1.