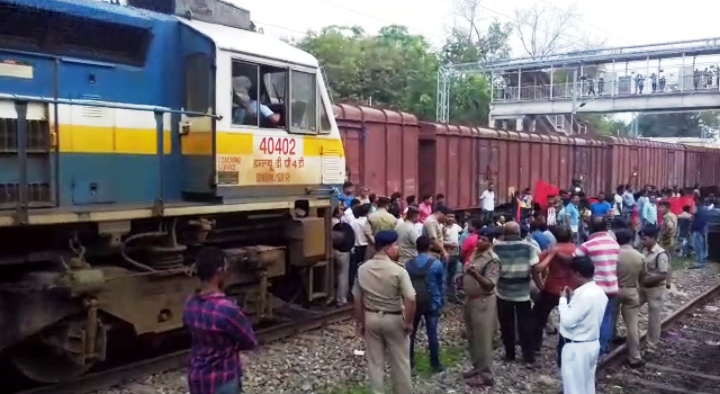 Bolangir: Train service has been disrupted after locals staged a rail roko at Deogaon railway station in Bolangir district today demanding halting of express trains at the station.

Due to the protest, Kolkata-bound Ispat Express and a goods train have been stranded at the station. Members of the village development committee and traders’ union have also joined the protest that began at 6 AM.

Meanwhile, police personnel have been deployed at the spot to maintain law and order situation and avoid any untoward incident during the protest.