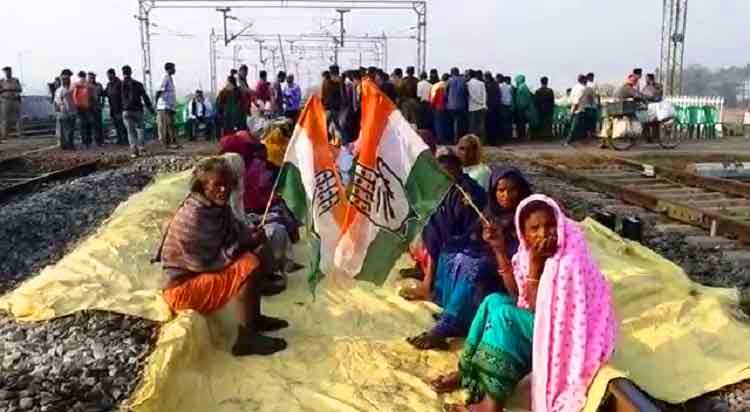 Bhadrak: Train service has been disrupted after Congress activists staged a Rail Roko at a level crossing near Charampa in Bhadrak district today pressing for a series of demands, including construction of a flyover at Bhadrak railway station.

Due to the blockade, the Chennai-Howrah Coromandel Express has been stranded near the Bhadrak railway station.

The protesters alleged that they have put fourth their demands before high-level railway officials umpteen times, but to no avail. They threatened that they would intensify their stir in coming days if their demand is not met at the earliest.