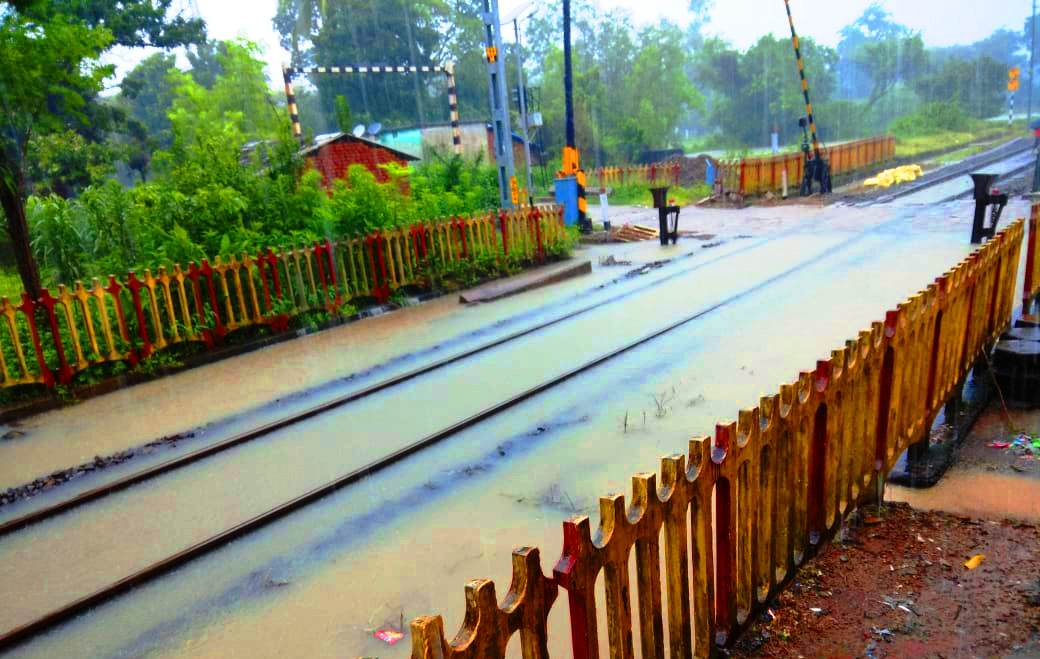 Bhubaneswar: With heavy rain causing waterlogging of railway tracks at separate places in Odisha, train services have been badly affected in the state.

While three Express trains have already been stranded at separate places due to heavy flow of water on tracks between Deogaon Road-Bargarh, Loisinga-Bolangir and in Barpalli-Dunguripalli stations in Sambalpur-Titlagarh section, the railway authorities have cancelled an Express train scheduled today and tomorrow.

Reportedly, the Rourkela-Jagadalpur Express, which was scheduled to depart the Rourkela Railway Station at 6.10 PM today, has been cancelled. The train will also remain cancelled from Jagadalpur tomorrow due to heavy rain causing overflow of water on railway track between Sambalpur and Titlagarh, said a railway official.

Besides, the following trains have been short terminated.