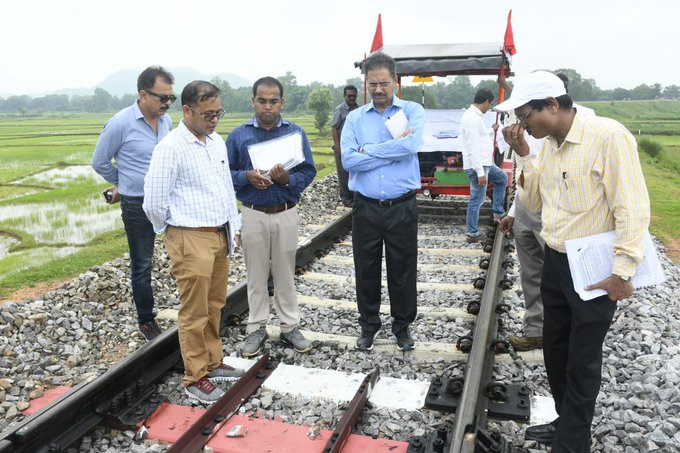 Nayagarh Town-Mahipur railway section to be thrown open on…

The track is likely to be opened for traffic after a high-level inspection by Commissioner, Railway Safety.

With the newly-built 12 km rail line, the ECoR has already completed 92 km of the Khurda Road-Balangir project. Earlier, 80 km of rail line– 65.5 km from Khurda Road to Nayagarh Town and 14.5 km from Balangir to Bichhupalli– were completed.