Tribal boy from Odisha excels against all odds 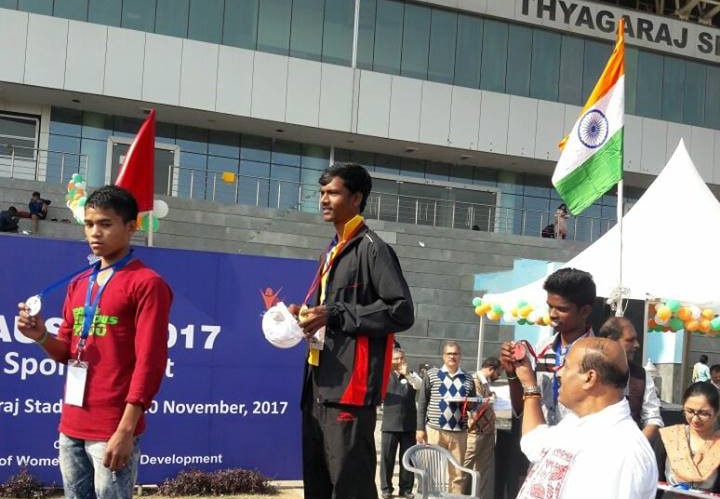 Bhubaneswar: Fighting all odds, this boy from Odisha has achieved a feat making others of his age envy of him. Meet Bikram Majhi: the tribal boy from Rayagada who has bagged gold medal in high jump at Hausla 2017, making it to the international sports meet.

Bikram is the only participant from Odisha to have bagged a medal at the week-long event ‘Inter Child Care Institution Festival’ organized by the Union Women and Child Development Ministry recently.

“Bikram was found in a remote village in Rayagada during one of our surveys in 2008. His parents had passed away. He’s with us since then and is a brilliant child,” said Supriti Mohanty, secretary and chief coordinator at Adruta Children’s Home.

Adruta Children’s Home is a non-profit organization in Odisha’s Angul. It provides rehabilitation to around 500 parent-less children. Girls from the Bhubaneswar center have earned international acclaim with their overseas Odissi and folk dance performances in New York, Chicago, Seattle, California, Houston, Singapore, Malaysia, and Indonesia.