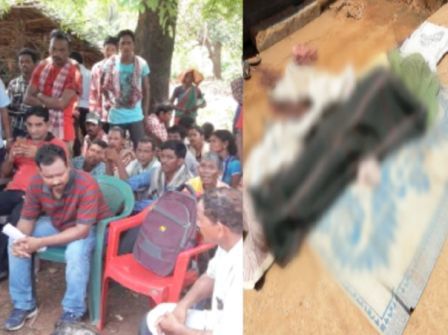 A nondescript village in Odisha’s Ganjam district woke up to a gory incident as a tribal leader was found dead with throat slit this morning.

While the reason behind the gruesome killing is yet to be ascertained, the locals alleged that Gamango has been murdered over past animosity.

Gamango’s body was found in a pool of blood on the outskirts of the village.

Meanwhile, police have reached the spot and begun an investigation into the incident.