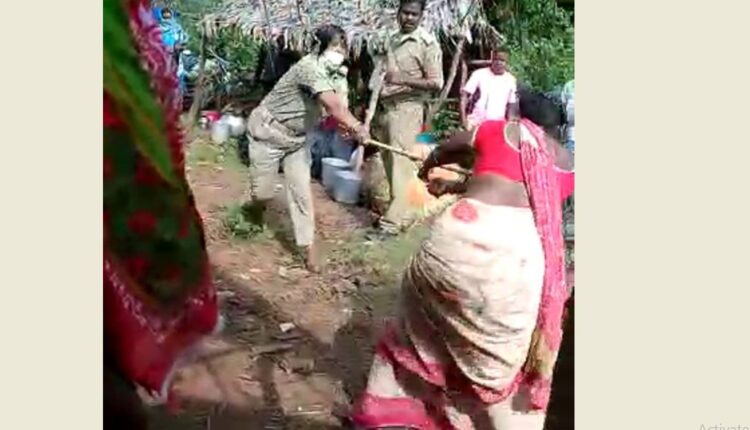 Bisoi: In a bizarre incident, a woman Constable and another woman fought fiercely at the Bisoi Haat (local market) in Mayurbhanj district over sale of Handia. The matter came to light after a video of the fight between the police personnel and local woman went viral on social media.

Meanwhile, the Inspector In-Charge of Bisoi Police Station refuted the allegations against the woman Constable regarding asking for money from the tribal woman. The IIC further informed the tribal woman was arrested after a brief questioning for allegedly attacking the police.