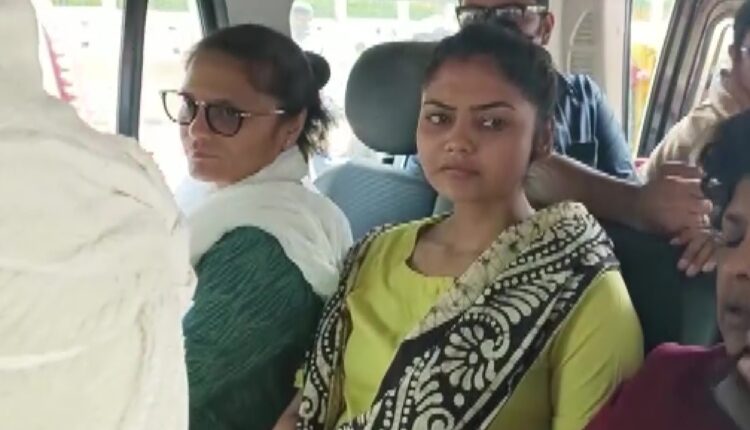 Agartala: Amid growing violence and tension ahead of the November 25 civic polls in Tripura, police on Sunday arrested West Bengal Trinamool Youth Congress President Saayoni Ghosh invoking five sections of the IPC including murder and provocation with intent to cause riot, police said.

West Tripura District’s Additional Superintendent of Police (Urban) B. Jagadeswar Reddy said that Ghosh would be produced in court here on Monday and police are looking for four of her party men. He said that political workers, allegedly belonging to the ruling BJP, created trouble in a police station (when Ghosh and other Trinamool Congress leaders were holding meeting with the police) here would also be arrested and police have lodged suo motu case against them.

Reddy said that five sections of the IPC were invoked against the TMC’s youth leader. These include 153 (provocation with intent to cause riot), 153-A (Promoting enmity between different groups on grounds of religion, race, place of birth, residence, language), 307 (Attempt to murder), 506 (Criminal intimidation) and 120 (Concealing design to commit offence).

When the TMC leaders were talking with the police in the East Women Police station, a large number of youths, allegedly BJP workers, created a bedlam forcing the police to disperse them. TMC leaders also alleged that the BJP workers damaged several of their vehicles and injured many party workers and civic poll candidates when the saffron party workers attacked in different places and houses since Saturday.

Dev said that despite the Supreme Court’s directives the police remained a mute spectator when the BJP workers have been indiscriminately attacking the candidates and workers and houses of TMC regularly.

The top court following a petition from Dev earlier this month had asked the Tripura Police to ensure that none of the political parties were prevented from exercising their rights to campaign, for the upcoming municipal elections, in a peaceful manner.

Former Union minister Babul Supriyo, who recently quit the BJP and joined the Trinamool, Transport Minister Firhad Hakim and many other Trinamool leaders came to Tripura during the past few days and campaigned for the party candidates contesting in the civic polls. TMC’s National General Secretary Abhishek Banerjee will come to Tripura on Monday to campaign in support of the party candidates.

Banerjee on Sunday tweeted: “Tripura Chief Minister (Biplab Kumar Deb) has become so unabashedly brazen that now even Supreme Court orders don’t seem to bother him. He has repeatedly sent goons to attack our supporters and our female candidates instead of ensuring their safety! Democracy being mocked under BJP.”

Tripura’s ruling BJP on Sunday accused the Trinamool Congress of creating “lawlessness” in the state. Party spokesman Nabendu Bhattacharjee said that the Trinamool bringing a large number of people from West Bengal and Assam for their public meeting and they are spending huge money in the state they had earned from various chit funds. “People would foil the TMC conspiracy in the Thursday’s civic elections,” Bhattacharjee told the media and said that Saayoni Ghosh on Saturday abused the BJP workers when the Chief Minister was addressing an election meeting.

Omicron variant more likely to cause reinfection than Delta:…