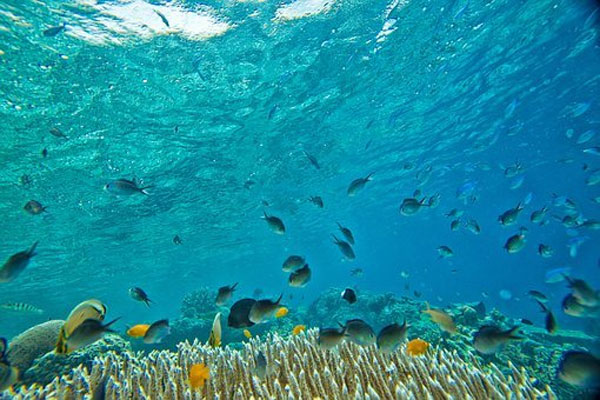 Sydney: A joint research between Australia’s University of Technology Sydney (UTS) and the University of Adelaide uncovered that the country’s tropical fish have been migrating south as sea temperatures rise.

The study, published in the Proceedings of the Royal Society B biological journal on Wednesday, built upon 20 years of data monitoring the abundance of fish populations along Australia’s east coast, Xinhua news agency reported.

Sankashti Chaturthi 19 May 2022 Moonrise Time for Mumbai, Bengaluru, Ahmedabad, Hyderabad and other cities

“We showed very strong patterns of these fish being seen, more often and more species, as the waters in New South Wales (NSW) warm up due to climate change,” Professor Ivan Nagelkerken, marine ecologist from the University of Adelaide told Xinhua on Wednesday.

Nagelkerken said that at the beginning of the 20-year data set species of tropical fish were in the single digits off the NSW’s coast, and now they observed over 100 species.

He said the impacts of this mass migration would be far reaching and cripple across ecosystems and, indirectly, Australia’s relationship with the ocean.

As tropical fish inhabit waters further south, they are likely to displace local species and also struggle themselves to survive year-round.

“The tropical fish species are able to invade temperate waters, but during the winter by far the majority of them will die off because the winters are still too cold.”

As the tropical fish have adapted to new waters to escape rising temperatures off the Queensland coast, the researchers also noted short-term behavioral changes.

“These animals are in another environment, and our study found that that actually leads to them being a bit more scared. They show more shelter behavior. They’re more cautious,” said Nagelkerken.

“It shows the effect of this stage of climate warming, they are not fully adapted yet to invade this environment.”

He noted that these behavioral adaptations were limited and if waters continued to warm the fish would eventually be left with nowhere to go as they can’t migrate any farther than Australia’s easternmost point of land.

“After Tasmania there’s nothing, they have a big open ocean with no habitat to settle in.”

While mitigating climate change is the overarching problem, the researchers highlighted the importance of minimising the stressors on animals at the local level.

“We (need to) manage our fishing in a sustainable way that buys some time for these fish to adapt to climate change, so we can do something on a local scale while we’ll be dealing with a global issue.”

Traffic restrictions in Bhubaneswar from March 25 to 31; Check details