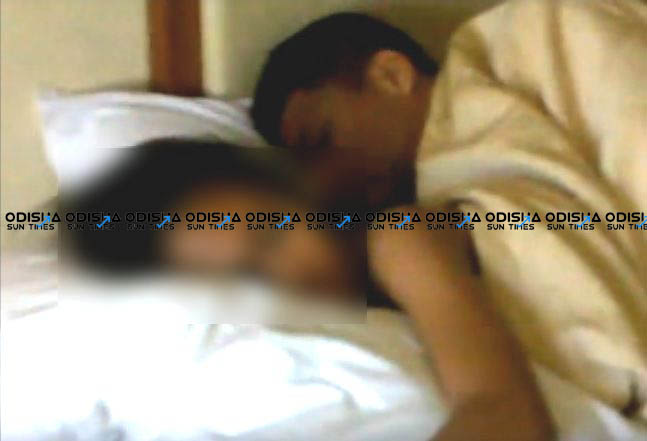 Bhubaneswar: Former Odisha MP Pradeep Majhi landed in a fresh trouble ahead of the general elections after a video was circulated on social media platforms featuring his intimate moment with a woman.

In the video, Majhi is found hugging a woman in front of his associates and another woman who were present inside the room. He was also seen walking hand in hand with the same woman posing for the camera in the room.

Later, the couple was found fast asleep sharing the bed.

Majhi, who is the working President of Odisha Pradesh Congress Committee (OPCC), has been nominated for contesting the polls from Nabarangpur Lok Sabha Constituency against Biju Janata Dal (BJD)’s Ramesh Chandra Majhi.

The video, which seems to have been clicked in the past, may hot up the politics putting the Congress leader in the dock during the elections.

Earlier, Majhi courted controversy when he was the MP from Nabarangpur during UPA II government. A vernacular tabloid had published a story with a photo showing him with women in a swimming pool during his trip to Thailand. Later, he refuted the media report terming the photograph as ‘doctored’.