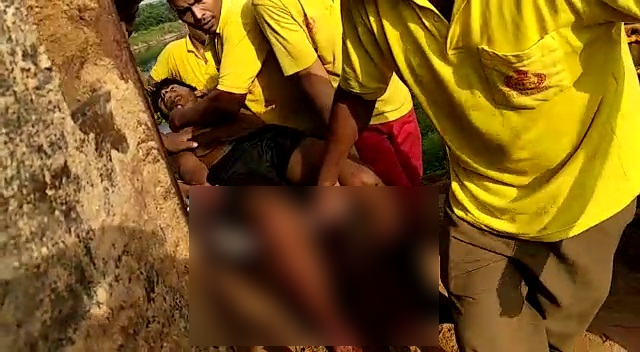 Barang: A Hyva truck driver was trapped after collision with another Hyva truck and later rescued by fire services and police personnel here today.

The victim has been rushed to a hospital for treatment following rescue.

The vehicular movements were hit on Barang road after a hyva truck loaded with sand collided with another hyva truck in the morning.

The incident took place at around 8.15 am near Puri Canal Bridge on main road under Barang police limits.

According to reports, the truck driver was trapped inside the vehicle following the incident.

The fire services personnel and police reached the spot and launched operation to rescue the driver. After four-hour long operation, the driver was rescued and sent to the hospital for treatment in critical condition.