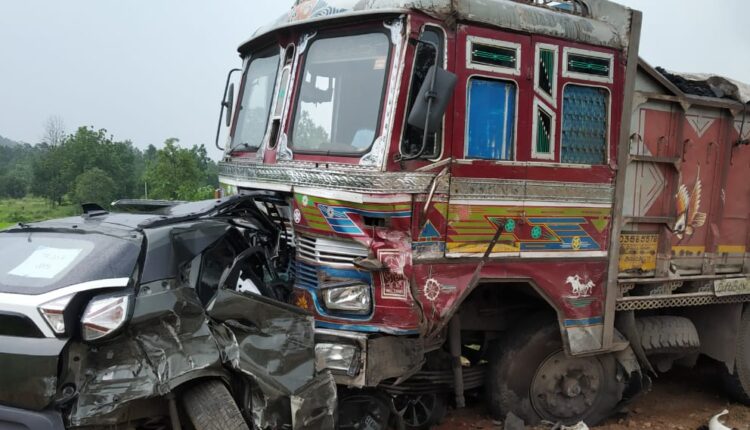 Sambalpur: At least two persons died after a speeding truck hit a car on the National Highway 55 under Jujumura police limits in Sambalpur district today.

The incident took place at around 2.30 pm today in front of a dhaba along the NH.

According to reports, a truck loaded with coal enroute to Sambalpur from Angul hit a numberless car, which was coming on opposite direction, in the afternoon killing two persons on the spot.

The identity of two deceased persons is yet to be ascertained.