Truck plunges off bridge into river in Odisha’s Balangir 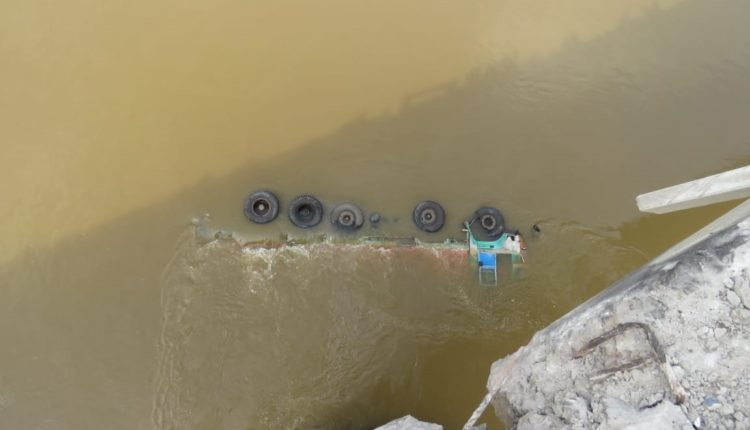 Balangir: A coal-laden truck plunged off a bridge into the Tel River near Tusura area in Odisha’s Balangir district today.

The driver and helper of the vehicle are yet to be traced.

According to reports, the speeding truck travelling from Kalahandi to Balangir fell off the bridge after the driver lost control over it.

A tyre of the truck is suspected to have been burst following which the vehicle plunged into the river by breaking parapet of the bridge.

On receiving information, the fire services personnel rushed to the site and launched operation to find the missing driver and helper.