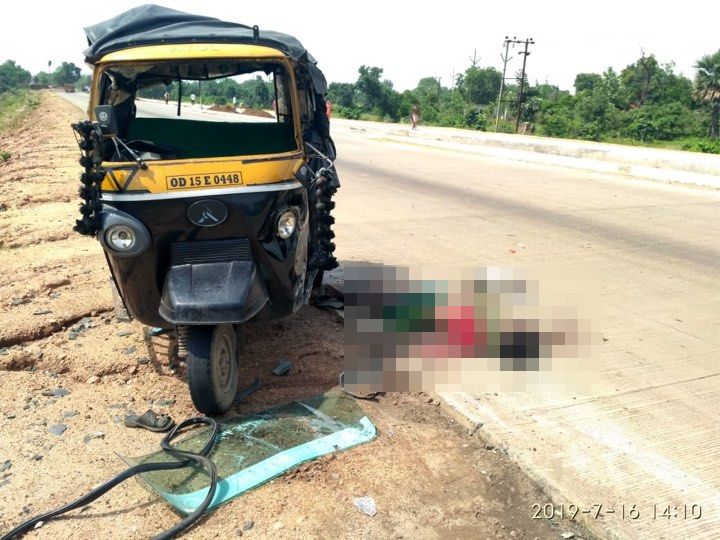 Sambalpur: A truck allegedly rammed into an autorickshaw, killing a woman and critically injuring three others on NH 55 near Kansar panchayat chhak under Jujumura police limits, here today.

According to reports, the autorickshaw commuters, Purnamasi, Brundabati, Saari and Badal, had come to the panchayat office to get kerosene under the Public Distribution System. They were returning to their village, when their autorickshaw met with an accident with a speeding truck.

After the mishap, the truck attempted to speed away from the accident site, but locals chased it and managed to stop the vehicle. The driver of the truck, however, managed to flee the spot.

The victims were rushed to Jujumura Community Health Centre. However, as their condition worsened, Brundabati and Saari were shifted to Veer Surendra Sai Institute of Medical Sciences and Research in Burla. Similarly, Badal has been shifted to Sambalpur District Headquarters Hospital.