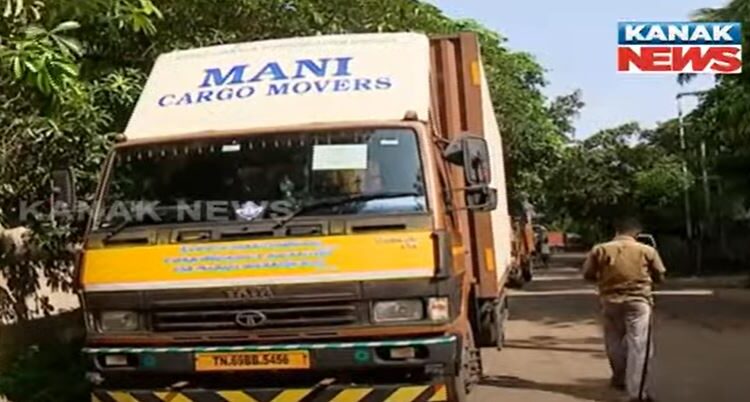 Bhubaneswar: Amid coronavirus pandemic, trucks carrying personal protective equipment (PPE) kits from suppliers have been stranded near a warehouse here as the Odisha government has declined to take delivery of the consignments, the suppliers claimed.

Over 25 trucks carrying PPE kits from different parts of the country are waiting outside the warehouse of the Odisha State Medical Corporation Limited (OSMCL) here for the last several days though the suppliers had got confirmed orders from the corporation, they said.

“As the OSMCL is not taking the delivery of the PPE kits, which are in great demand for combating COVID-19 pandemic, the trucks are waiting outside the warehouse after reaching Odisha.

“MSME suppliers who took call of the nation to make the PPE kits got confirmed orders from the OSMCL, Bhubaneswar. However, the corporation appears to have changed its decision,” an official of a PPE manufacturing company said.

Meanwhile, Odishas Health and Family Welfare Minister Naba Kishore Das said, it was decided at a meeting that no supply of PPE kits will be accepted after May 26 as the state has adequate stock and the suppliers were informed accordingly.

On the night of May 26, the OSMCL sent an email to the PPE kit suppliers stating that it will not accept any delivery after May 26, the official said.

As a result, all the trucks carrying PPE kits of various suppliers are waiting outside the OSMCL warehouse, the official said.

Though the OSMCL had floated a tender seeking supply of PPE kits by July, it has suddenly informed the suppliers about the change, the official said.

Parvinder Singh, a driver from Punjab, said his company had sent consignments in three trucks, but the corporation is not accepting it, saying a decision on the matter will be taken on Monday.

Mentioning that around 25 trucks are stranded near the OSMCL warehouse for about a week, the drivers and others are facing difficulty in getting proper food, water and other facilities, he said.

The Health and Family Welfare minister said, “Let me make it clear that our state has sufficient stock of PPE kits, masks and medicines. The suppliers can divert the kits to other states and there should not be any problem. Many states are now in need of PPE kits,” he said.

Das said that there is enough stock of all the equipment required in the fight against COVID-19 as the state government had taken proactive measures to deal with the pandemic.

A senior health department official said that the suppliers had been informed not to send PPE kits, but the trucks which had already left for Odisha had arrived in the state capital.

The matter will be discussed on Monday, he said.

The OSMCL had floated a tender and had placed orders for 15.7 lakh PPE kits, 2.2 crore triple-layer masks, 7.5 lakh N95 masks, 1.7 crore nose clip adaptable masks and other gear for the healthcare workers.