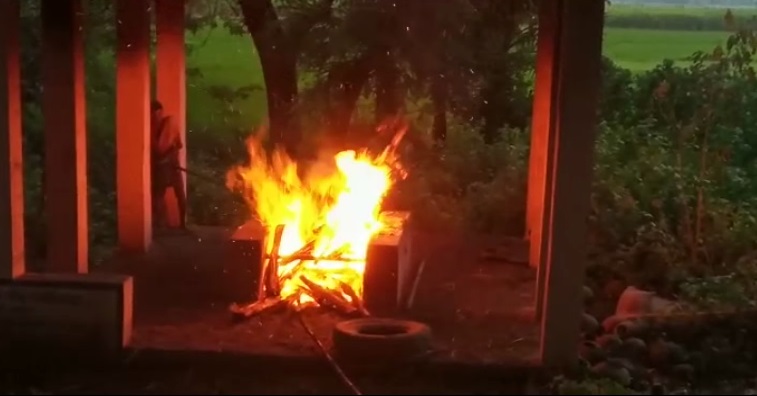 Nayagarh: True love is not only seen in plays and novels, but also in non-fictional world. A very rare incident, where a woman died after seeing her husband’s body at a small village in Nayagarh district, shows that true love can actually last a lifetime.

According to reports, Aintha aged about 75-year-old was suffering from age-related ailments. His wife Sukuri was also ailing since a long time. He breathed his last at home last night while his wife was admitted to the district headquarters hospital (DHH) for treatment. After hearing her husband’s death news at hospital, the heartbroken wife rushed to home. She collapsed after finding her husband lifeless. The mourning wife was found dead after few minutes.

The grief gripped the village following incident. The locals visited to pay last respect to the couple, whose death glorifies true love and set an instance for others.

The shocked villagers later made arrangements for the couple’s last rites. The bodies were taken in a procession to the village crematorium and were consigned to flames together.