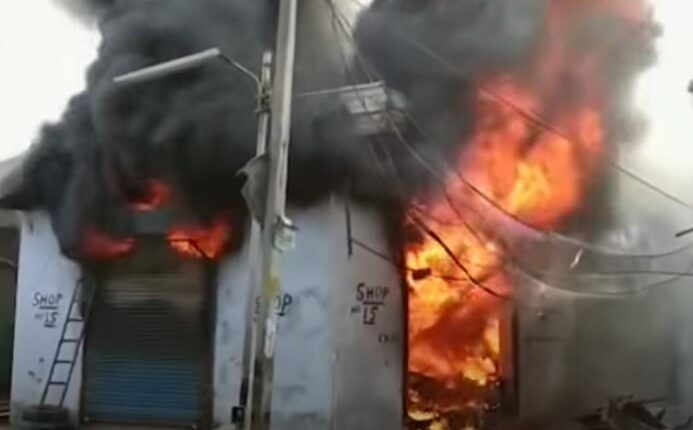 On the inauguration of the Supreme Court in 1950, MC Setalvad, the Attorney General had said: Like all human institutions the Supreme Court will earn respect through truth. He was the longest serving Attorney General and chastised MC Chagla for accepting a political position. His father, CH Setalvad, as member of Hunter Commission on Jallianwala Bagh massacre of 1919 gave a dissenting judgement, severely indicting Dyer. Churchill agreed with Setalvad and called Dyer’s action ‘unutterably monstrous’, in the House of Lords.

Teesta Setalvad, whom the Supreme Court has severely reprimanded in the Zakia Jafri Case on 22nd June for misleading the court is the granddaughter of MC Setalvad. She should have naturally followed the legal pasture; but for the book ‘All The President’s Men’, which her father gave her to read. The book turned her to be an intrepid journalist, in pursuit of truth, like Bernstein & Woodward in Watergate scandal of 1973, which unseated President Richard Nixon.

Teesta is no Motilal Setalvad, yet her relentless crusade to give justice to those who were severely affected post Godhra in the Gujrat pogrom is well-known. While the extreme perception is that the then CM was complicit in the mayhem, the other perception is that the government did not show adequate alacrity to stop the rampaging mob, nor did it call the Army in time to stem the rot. Besides, what’s not widely known is that the SIT probe conducted by Mr. Raghavan and report of amicus curie, Ramachandran, appointed by the Supreme Court vary widely. Ramachadran concluded that there is sufficient evidence to start trial of the then CM. Mr.Sanjeev Bhatt, the then DIG, also states that he was present on 27th February 2002 in the CM’s residence, when the then CM apparently instructed: Let Hindus give vent to their anger. It’s unfortunate that instead of reconciling the contrarian findings of the SIT & amicus curiae, Supreme court has gone ballistic by observing: All these Setalvads & Bhatts should be put in the dock. I have never seen Supreme Court expressing such vituperative personalized attacks against individuals who are not perpetrator of crime but defender of life and liberty of hapless minority.

Delhi riots in 1984 had the same refrain, when army was not called in time and Rajiv made the callous remark that when a big tree falls, the earth shakes, triggering mayhem against Sikhs, led by Congress leaders like HKL Bhagat & Sajjan Singh. Whenever there is discussion on Gujarat riots, there is invariably an attempt to point fingers at Delhi riots, as if political potshots are the best armor against wanton failure of state to protect the innocent, irrespective of their caste, religion or language.

Many people believe that we must move on. This is unacceptable, when monumental tragedies have happened in the past without fair trial by the judiciary and the guilty being brought to book. Just as no Sikh forgets reprisal against them in 1984, so do the Muslims can forget about Gujrat genocide. I saw the film Parzania in 2007, a poignant account of a ten-year-old Parsi boy Azhar Mody who went missing after 69 people were killed in Gulbarga society on 28th February 2002, which was one of the many sordid events in the communal riots in Gujrat riots. It brought tears to my eyes, though I was not personally affected.

Truth is never dated and tragedies like Jallianwala Bagh, Delhi riots and Gujarat massacre do not have an expiry date. Many armchair intellectuals believe that we must move on. Remember what philosopher Santayana said: Those who cannot remember the past are condemned to repeat it. Immanuel Kantwrote; Truth or thing-in-itself is always unknown and unknowable. More so, political truth. In Akira Kurosawa’s cult movie Rashomon (1950), the central issue is subjectivity of truth and contradictory version of the same incident. However, the job of the Supreme Court is to arrive at the truth without being weighed down by political considerations. The great US Supreme Court judge, Benjamin Cordozo wrote “the great tides and currents which engulf the rest of men do not turn aside in their course and pass the judges by”. Fali Nariman the eminent jurist in his autobiography ‘before memory fades’ writes: it is not enough for the judiciary to be independent to the executive. They must be seen to have noble quality of mind and heart and above all courage. Instead of earning respect of all Indians, as MC Setalvad hoped at the time of inauguration of the Supreme Court, the judges of the Supreme Court by targeting people like Teesta Setalvad, Srikumar and Sanjiv Bhatt have abdicated rectitude and eschewed pursuit of truth.

The writer is Professor of Emeritus in KiiT University.