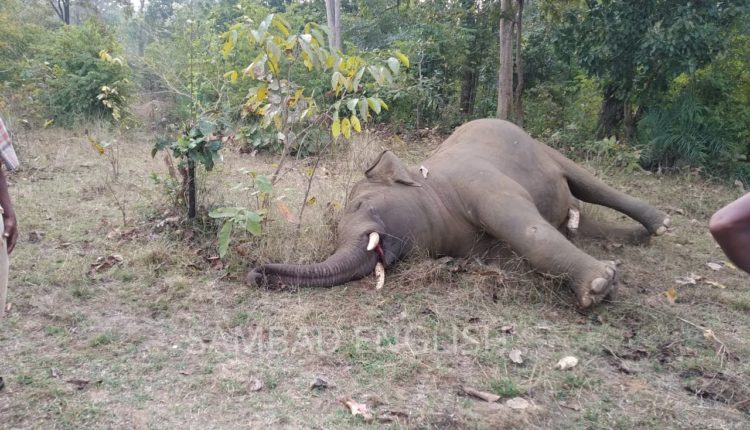 Sambalpur:  In an unfortunate incident, a tusker was found dead with bullet injury in a forest in Ichapal area under Jujumura block in Sambalpur district this morning.

Some locals first spotted the carcass  this morning in the area under Basiapada forest section of Sadar range and called up forest officials. The locals alleged that some poachers  have killed the animal. On receiving information, forest officials reached the spot for an inquiry.

Sambalpur Forest Division ACF said, “When we reached the spot, foul smell was emanating from the carcass. The tusker might have died two days ago. However, the tusks were intact. Post-mortem is underway. Preliminary reports suggest that the pachyderm suffered bullet injuries around a week ago. A bullet of a country-made gun has been recovered from near its tusk.

A similar case was reported from Padiabahal area in the district in 2014. A group of poachers might be involved in such attack on elephants. Investigation is on in this connection and action will be taken against persons involved in the incident, he added.

Neena Gupta: Don’t fall in love with a married man