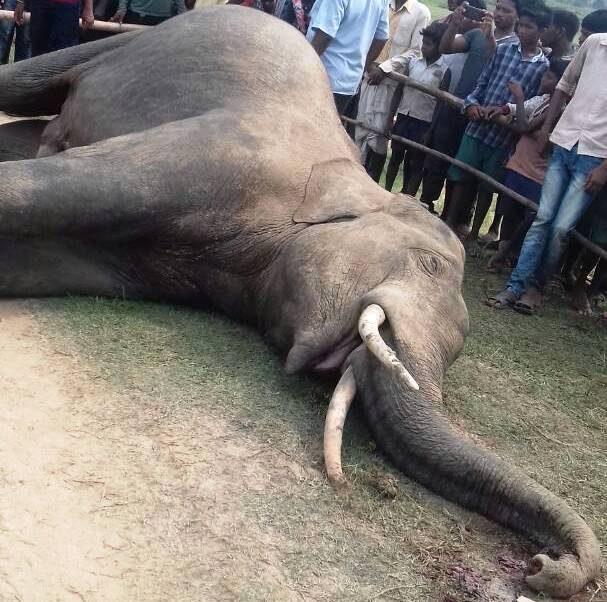 A tusker was electrocuted after coming in contact with an 11 KV electric wire at Krushna Chandrapur forest under Betnoti forest range under Baripada Forest Division in Odisha’s Mayurbhanj district.

The carcass of the elephant was spotted by locals this morning.

On being informed, Forest officials reached the spot, seized the body of the pachyderm and and made arrangements for autopsy.

“The elephant came in contact with an 11 KV wire which was 7-8 feet above the ground and died on the spot,” said Saroj Kumar Mohanty, Range Officer, Betnoti.

“The electricity officials usually disconnect electric connection when elephants roam in areas having low-lying live wires. However, we don’t know why this procedure wasn’t followed in this incident. We will probe into it and take departmental action,” he added.