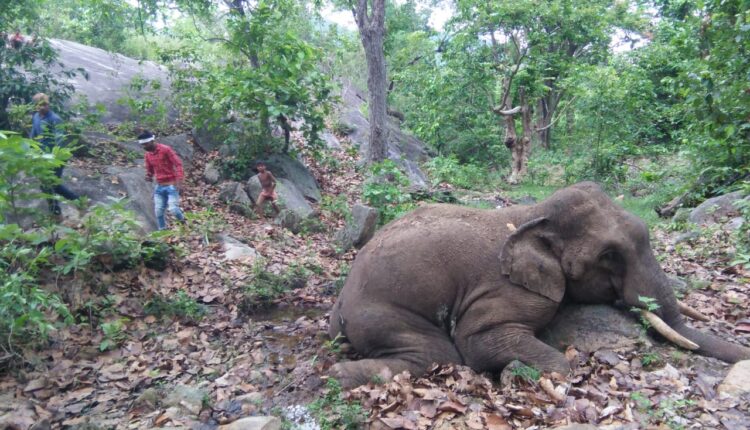 Boudh: A bullet-ridden dead body of a male elephant was found in Mundeswara reserve forest under Madhapur forest range in Boudh district today.

Eyewitnesses said the tusker was killed with bullets as injury marks were found around its body. The poachers were unable to extract the two tusks of the male elephant that is suspected to have been killed two to three days back, the eyewitnesses added.

Initially some women from Dakapadar village who went to the forest to collect mushroom spotted the elephant dead body. They then informed the Forest officials.

As per latest reports, Forest officials reached the spot after receiving information and made arrangement for post mortem of the dead body.

A Forest official said the Special Task Force arrested many people in past one month following raids in neighbouring Nayagarh district and seized tiger and deer skins.