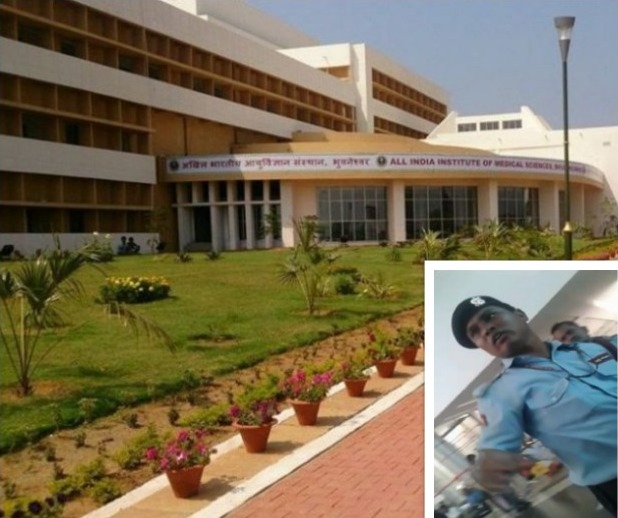 Bhubaneswar: A journalist working with a local news channel was misbehaved and attacked by a security guard while covering a story related to yesterday’s ceiling collapse at AIIMS Bhubaneswar on outskirts of the city here today.

The security guard allegedly heckled the young journalist and snatched his mobile phone.

According to reports, the news channel reporter had visited the premier medical institution this morning to cover the follow up story after the concrete chunk fell off the ceiling at ticket counter on premises of the hospital yesterday triggering panic among the patients.

The security guard deployed at the hospital manhandled with him for covering the story. When the situation turned uglier, the AIIMS authorities assured a probe into the incident.

The question raised about the safety of the hospital building after a portion of outdoor ceiling collapsed on Friday morning just a day after wall of Casualty Trauma Care Unit of the medical institution caved in on Thursday.