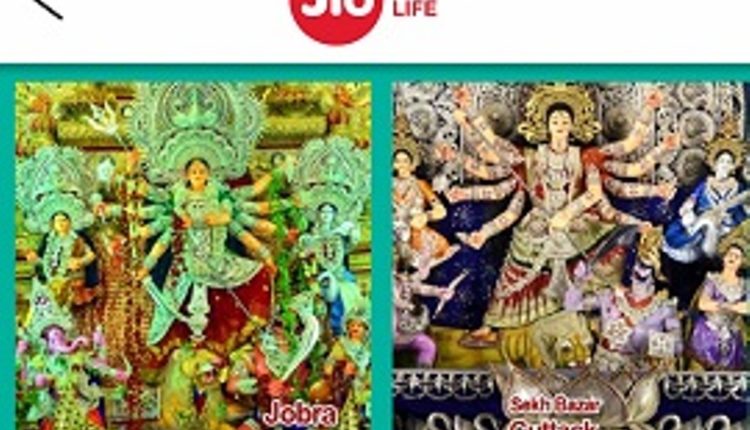 Bhubaneswar: MyJio app has showcased a collection of short videos of the best Durga Puja pandals from the twin city to make the festivities digitally alive. Jio has planned this to provide a glimpse of pandals and festive vibes to all its users who are far from home.

According to the company’s release, four major Durga Puja pandals each from Cuttack and Bhubaneswar have been featured on the app.

In Cuttack, Chandi Medha (Silver Tableau) of Choudhury Bazar, Sheikh Bazar, Chandini Chowk and Jobra Road were featured in the MyJio app. Similarly, four thematic pandals from Bhubaneswar’s Rasulgarh, Nayapalli, Shaheed Nagar and Jharpada have been selected in the app.

Considering the huge interest of people, JioFibre information kiosks have been setup in Nayapalli Puja Mandap, Bhubaneswar and Sector-6 Puja Mandap in Rourkela.

Also, Jio has introduced various fun-filled activity zones for its customers in Cuttack’s Kishan Nagar and Khurda’s Begunia. There is also a colourful Fortune Wheel of Jio Apps at both places for the visitors’ engagement and entertainment.

Jio has connected million of users across the state and country with its full 4G network envisioning a transformation into Digital India. Like any other high-end smartphone user, Jio Phone users enjoy entertainment, education, information, information and other important services.

Better governance will be possible only if media plays key role: Naidu

MGM has big plans for garment production in Odisha: Pankaj…