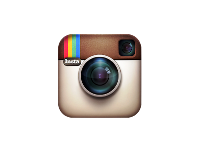 New York: Twitter and Instagram posts are increasingly celebrating “bonespiration” and “thinspiration”, which encourage eating disorders, such as anorexia, a study has found.

Researchers showed that there has been an alarming rise in the number of social media posts promoting extremely unhealthy body types and increasing pressure on teenage girls to try to become extremely thin while contributing to a distorted view of their own body.

“Anorexia and extreme weight loss is a serious social and medical problem. This behaviour could seriously damage their psychological and physical health,” said lead author Catherine Talbot, a psychologist at the University of Exeter in the UK.

The findings, published in the Journal of Eating Disorders, showed an increase in the rise of “bonespiration” content, which features selfies by young women of their skeletal bodies featuring protruding collar bones, pencil-thin limbs, hip bones and spines in a variety of poses.

Conversely, there are only a small number of posts with the hashtag “fitspiration” which features a greater prevalence of muscles and muscular bodies and inspires healthy bodies.

These photos are a form of “social contagion,” which inspire young people to engage in risky practices, Talbot added.

Social media has replaced the pro-anorexia (“pro-ana”) websites, and are becoming an easy to access way of encouraging eating disorders, such as anorexia.

“To tackle this social contagion…teenagers need to be taught about positive body image in schools and we need to build resilience,” she noted.

Work is on to link public health with ayurveda: Modi