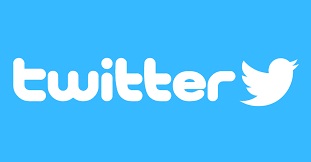 San Francisco: In a move that will surely delight US President Donald Trump and frustrate many, Twitter has begun testing 280-character tweets — doubling the previous 140-character limit – to help users become more expressive.

Currently, the 280-character tweet facility is available to a small group of its 328 million users but it would soon be rolled out globally, Twitter said in a blog post late on Tuesday.

It is not yet clear if Trump – known for his fiery tweets especially when it comes to North Korea — is among the test group of users.

According to Aliza Rosen and Ikuhiro Ihara from Twitter’s product team, “when I (Aliza) Tweet in English, I quickly run into the 140 character limit and have to edit my Tweet down so it fits”.

“But when Iku Tweets in Japanese, he doesn’t have the same problem. He finishes sharing his thought and still has room to spare,” Rosen said.

This is because in languages like Japanese, Korean, and Chinese you can convey about double the amount of information in one character as you can in many other languages, like English, Spanish, Portuguese, or French.

“We want every person around the world to easily express themselves on Twitter, so we’re doing something new: we’re going to try out a longer limit, 280 characters, in languages impacted by cramming (which is all except Japanese, Chinese, and Korean),” Rosen posted.

The average length of a tweet in Japanese is 15 characters, and only 0.4 per cent of tweets hit the 140-character limit.

But in English, a much higher percentage of Tweets have 140 characters (9 per cent).

Most Japanese Tweets are 15 characters while most English Tweets are 34.

According to Twitter CEO Jack Dorsey, this is a small change, but a big move for them.

“The 140 limit was an arbitrary choice based on the 160 character SMS limit. Proud of how thoughtful the team has been in solving a real problem people have when trying to tweet. And at the same time maintaining our brevity, speed, and essence!” Dorsey tweeted on Wednesday.

Last year, there were reports that the micro-blogging site may go for 10,000-character tweets.

But Dorsey denied those reports, saying the 140-character limit is “a beautiful constraint” and that Twitter “will never lose that feeling”.

The 140-character limit has been around as long as Twitter has and has become part of the product’s personality.

“We understand since many of you have been Tweeting for years, there may be an emotional attachment to 140 characters – we felt it, too. But we tried this, saw the power of what it will do, and fell in love with this new, still brief, constraint,” Rosen posted.

When it comes to Trump who has nearly 40 million followers, Twitter thinks his tweets are “newsworthy” despite people wondering why Twitter did not remove his tweets on North Korea that violated the company’s rules.

Twitter has never acknowledged publicly that Trump has violated any of its guidelines. CEO Jack Dorsey has also defended Trump’s tweets.