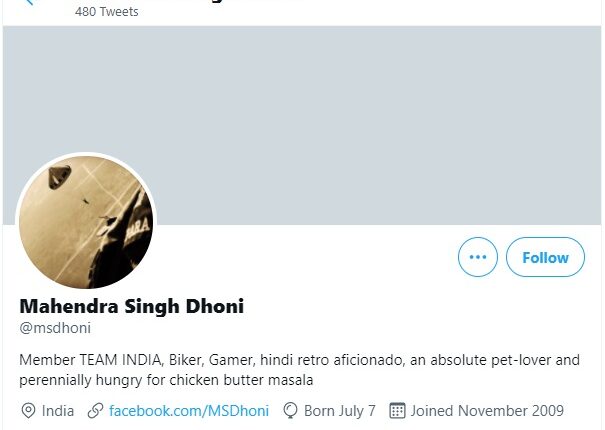 Dhoni has 8.2 million followers on Twitter while 26 million and 34.5 million on Facebook and Instagram respectively. Although Twitter has not officially issued a statement regarding the removal of Dhoni’s blue tick, some have speculated that it must have been done due to lack of activity on his handle.

The last time Dhoni tweeted anything on Twitter was in January 2021. He shared the same post on Instagram on the same day as well. The Chennai Super Kings stalwart was last active on Facebook on April 30, 2021.

Dhoni retired from international cricket on August 15, 2020. However, he continues to feature for CSK in the Indian Premier League which is set to resume in September.