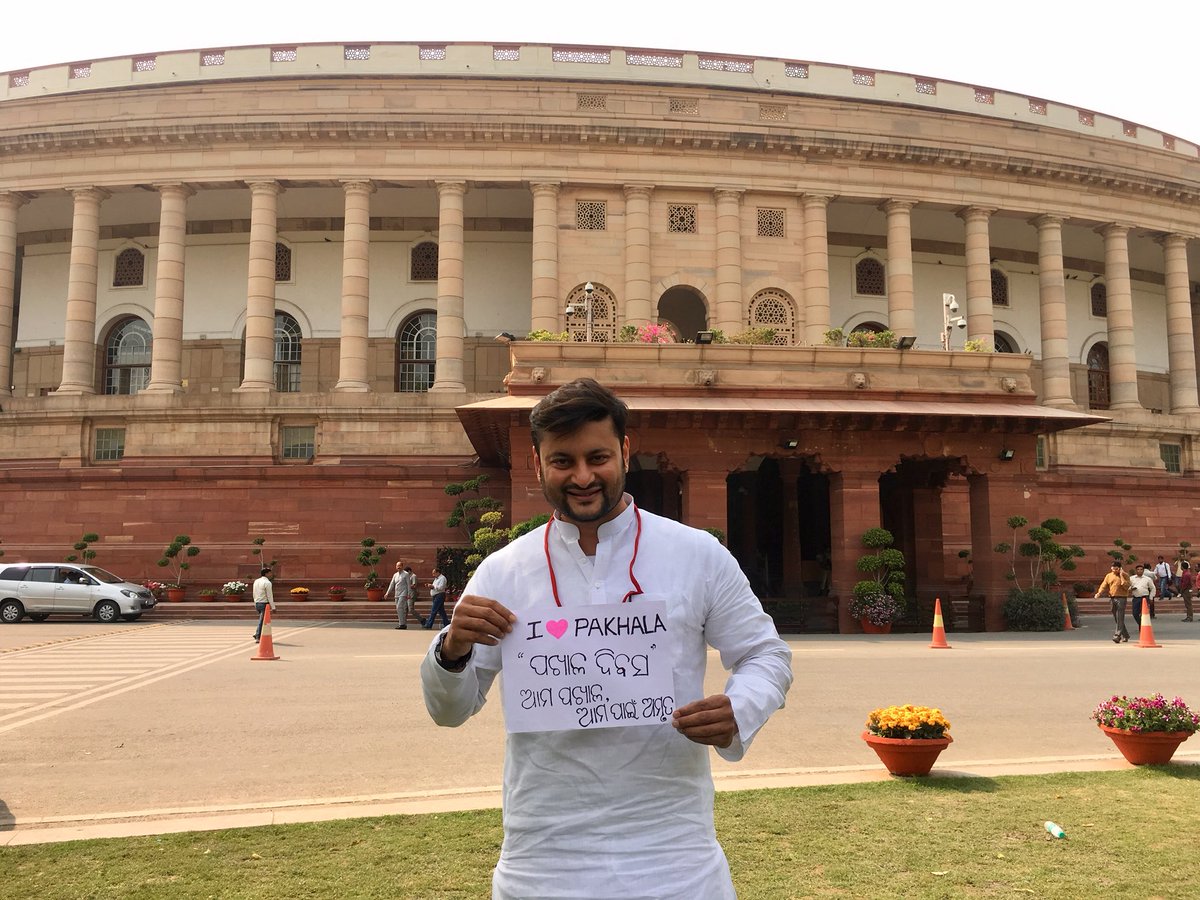 Bhubaneswar: Odisha welcomes the scorching heat and the sultry weather with a bowlful of pakhala. To promote this quintessential summer delicacy, Odias across the globe have been celebrating Pakhala Dibasa today.

The #PakhalaDibasa was trending and how!

Taking time off from Parliament session, actor-turned-politician Anubhav Mohanty posed for a photograph with a placard in Odia that read ‘Proud to be #ODIA  Happy #PAKHALA DIBASA’.

Food binds us, unites us & links us to our roots.

Lord Jagannath too is fond of it. To help pilgrims share the temple food, Adi Shankaracharya in 8th century had introduced Chatra Bhog in Puri’s Jagannath temple, where in Dahi Pakhala (fermented rice with curd) is offered to the sibling deities.

Its popularity can be gauged from the fact that almost all restaurants and hotels in Odisha serve watered or fermented rice with the onset of summer. It has also made to the menu of star hotels.

The staple diet of every Odia household, irrespective of social class, is simple to prepare and enjoyed by all age groups. All you need is cooked rice, water, curd and salt. Mint leaves, crushed ginger and chopped cucumber give it a distinct flavour.

And finally some charred veggies with hint of mustard oil, garlic pods, chilies and crunchy onions, all mashed up together with a piece of ambula (sun dried green mango slice). Mix and match the salt and spice level.Have it wih#Pakhala and thank me later. #PakhalaDibasa pic.twitter.com/M5PtbFQdht

#Happy #PakhalaDibasa To All #Odisha #People in #Hyderabad

People living in India and abroad, organise pakhala feasts on March 20. It is a perfect day to celebrate the Odia cuisine as it marks the beginning of spring in the northern hemisphere and fall (autumn) in the southern hemisphere from an astronomical viewpoint.

Eating pakhala has been recommended to prevent heat stroke in hot weather. It also keeps the stomach cool. And this tweet perfectly sums up its after-effects.