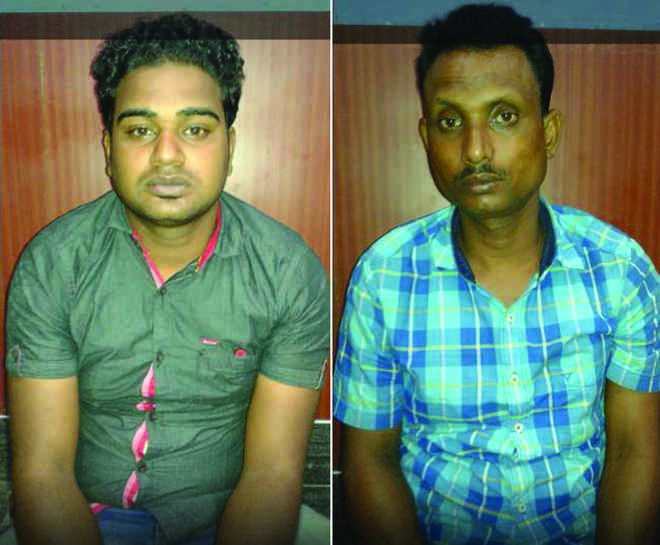 Special Squad of the Twin City Commissionerate police today nabbed two notorious ATM card thieves while they were trying to purchase gold from a jewellery shop in the Odisha capital using a stolen ATM card.

They have been identified as Deepak Panda of Baghuri in Nemala area of Cuttack district and Khageswar Sahu of Bhagabanpur under Patkura police station limits of Kendrapara district.

Police have seized a car, Rs one lakh in cash and 22 ATM cards from their possession.

They will be forwarded to court tomorrow, police said.

“They were caught while they were trying to purchase gold ornaments from a jewellery store in Sahid Nagar area. The stolen card belongs to one Ratnakar Behera, a constable of Niali police station. The duo has several cases of ATM loot in Kendrapara, Jajpur and Bhubaneswar,” informed Anup Kanungo, Special Squad Inspector.