Two B-school students tied to tree, thrashed for misbehaving with girl in Bhubaneswar 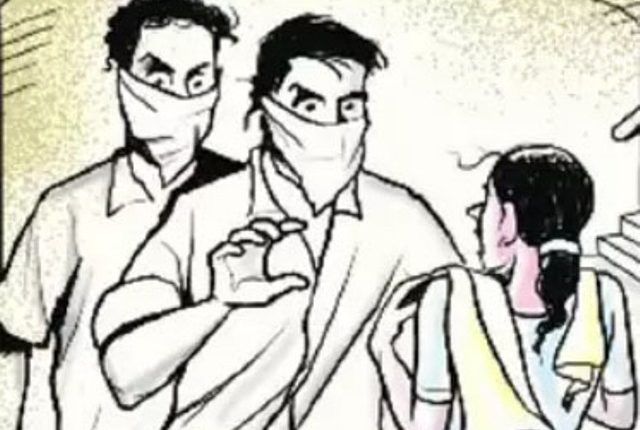 Bhubaneswar: Three youths including two students from a private management college were tied to a tree and beaten up by locals for misbehaving with a girl in front of her mother here in the city yesterday.

The incident was reported from Chhatabar area on outskirts of Bhubaneswar on Sunday.

Among the accused persons, while one youth is from Madanpur locality, two others are the students of a private management college. The victim is a daughter of a retired army personnel.

According to reports, the three youths were chasing a mother-daughter duo while they were taking a morning walk on Pitapali-Barang road. Showing courage to face the situation, the girl and her mother managed to capture one youth on the road and started shouting following which the locals rushed to the spot.

A few locals successfully caught two others, who had fled from the site, near Palaspur area.

Later, the irate locals of Chhatabar village tied the trio to a tree and thrashed them without mercy for their deed with the girl and her mother on the road.

On receiving information, the police personnel from the Mendhasal police outpost reached the spot and rescued the youths from the clutches of the villagers and brought them to the outpost.

The matter was subsequently compromised after the parents of the accused youths apologised to the mother-daughter duo and the locals.

Banks to be closed for 5 days from today; details here

Tragic! Mother-daughter duo killed after being hit by train…