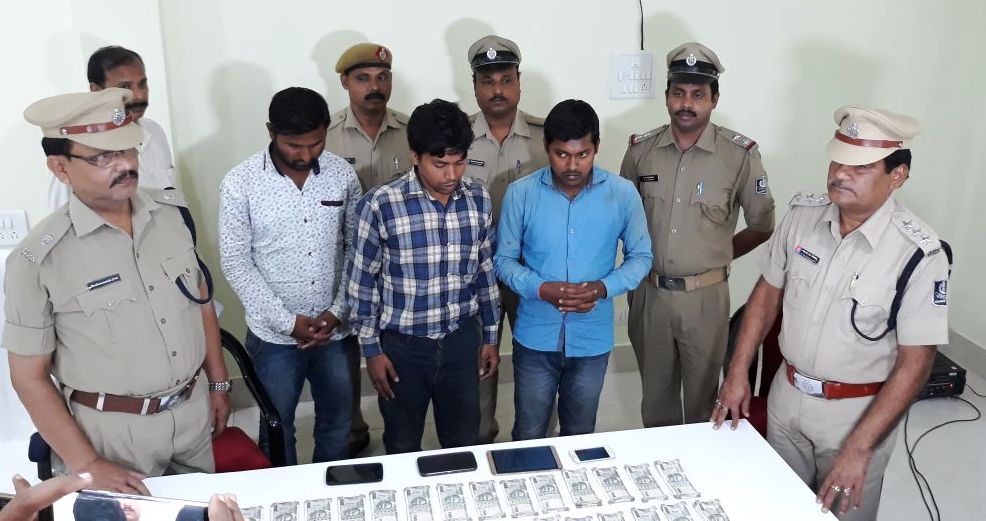 Baripada: Police have cracked a dacoity case with the arrest of three persons including two bank employees in Odisha’s Mayurbhanj today, who allegedly orchestrated the crime plot.

“The two Bandhan Bank employees identified as Sitaram Sahu and Bhajan Kar along with one more accomplice had devised the plan to siphon off the money. Investigation revealed that the bank employees faked the incident. Rs 3.40 lakh have been recovered from them,” Mayurbhanj SP Awinash Kumar told media.

Police said Sitaram Sahu, on April 5, had reported at Badasahi police station that four unidentified had looted Rs 3.40 lakh from them while he and Bhajan were on their way to Betnoti from Baripada. The incident took place at around 2.30 pm.

As per Sahu, four motorcycle-borne miscreants waylaid them at Durgapur Chhak and made away with the money. They were carrying the cash in a bag to Manatri branch. At around 8 pm on that day, the incident was reported.

The complainant’s mobile phones were put on tracking and investigation revealed involvement of the bank employees and one Braja Sekhar Pradhan who was passed on the money and a mobile phone. Kar had thrown his mobile phone into a river reportedly to erase evidence.

Worth mentioning, Sahu was working as Doorstep Banking Officer (DBO) at Bandhan Bank’s Manatri branch and Kar as Manager of the same branch.

Odisha man fished out from well after 2 hrs struggle