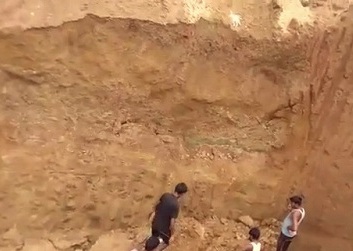 Baripada: Two persons were buried alive and another two rushed to hospital in a critical condition following a mudslide at an irrigation project work site in Mayurbhanj district of Odisha today.

The mishap occurred at Jharbeda village under Karanjia block in the district while they were engaged in the construction work of a river embankment.

The critically injured have been admitted to Keonjhar District Headquarters Hospital and their health condition is stated to be stable.

A day before Mother’s Day, man rapes and murders his…