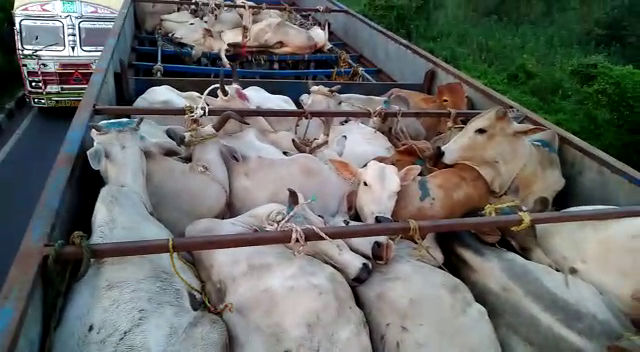 Balasore: Two truck containers carrying over 200 cattle were detained by locals on suspicion of illegal trafficking here in the district today.

According to reports, the cattle were being transported from Bhadrak to West Bengal.

The locals detained the trucks at Khantapada area on NH-16 suspecting smuggling of cattle.

Sources said that while two trucks were detained, three other cattle-laden trucks managed to escape from the spot.

The locals informed the police about the incident.