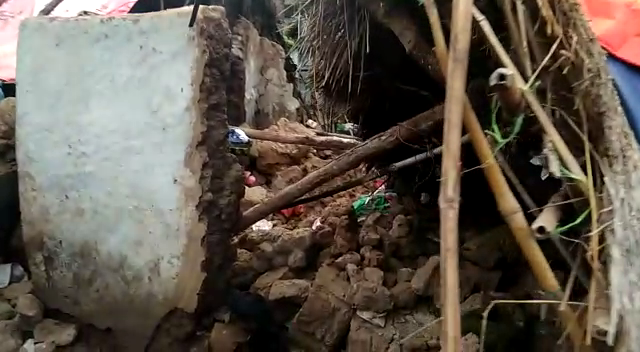 Baripada: In a tragic incident, two children died as the wall of their house collapsed at Raidahi village under Udala police limits in Odisha’s Mayurbhanj district, last night.

The deceased were identified as Jyoti Shankar Singh (6) and his sister Yashoda Singh (10).

According to reports, the two were sleeping near their mother inside the kutcha house when a portion of the wall collapsed and fell on them.

After being rescued by the villagers, the victims were rushed to a local hospital where doctor declared the duo dead.

A pall of gloom descended on the village after the incident.