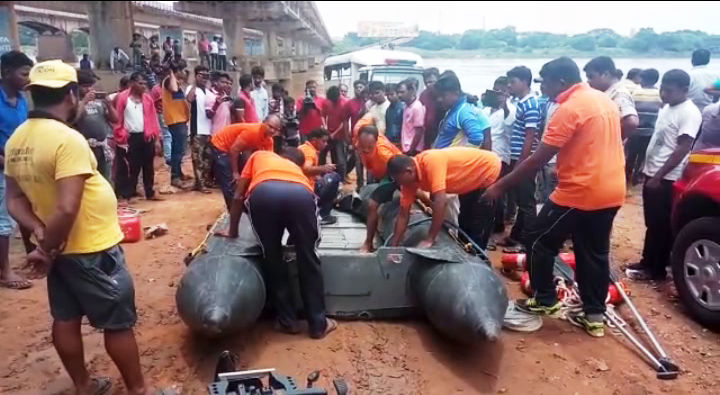 Bhubaneswar: Two days after a woman jumped into the Kuakhai river here attempting to commit suicide, two school students drowned while taking bath in the river this morning.

The deceased have been identified as Jagamohan Sahu and Safiq Diggal, both students of Unit-9 Boys High School here.

In a shocking twist, the fire officials, while carrying out the search operation to locate the bodies, rescued a woman from the river and admitted her to Capital Hospital. Reportedly, the woman, who is a Home Guard at Mancheswar police station, had attempted suicide by jumping into the river.

Sources said the two students had gone to the river near Kuakhai bridge here along with three friends to take bath. However, the duo slipped into deep water and later swept away by the current of the swollen river.

On July 23, a woman of Behera Sahi area under Nayapalli police limits had jumped into the river in an attempt to commit suicide over family dispute. She was later rescued by the fire services officials after around three hours of search operation.