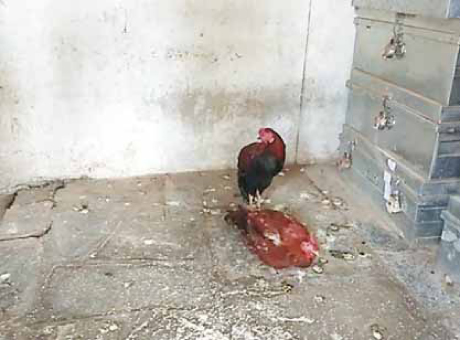 Malkangiri: In a highly unusual incident, Telangana police have taken two cocks into custody as the animals were engaged in gambling over cockfighting at Banapur village of Khammam district.

According to reports, the gambling was underway at the village on January 10 on the occasion of Pongal, during which the police raided the spot and apprehended the gamblers. The cops also rescued the two cocks and took the fowls into custody.

12 arrested for attacking police during crackdown on gambling in Odisha

While the accused were forwarded to court and subsequently sent to jail, the cocks were kept at the hazat in the police station. Though the gamblers later walked out of the jail after getting bail, no one claimed regarding the possession of the fowls.

On the other hand, police are awaiting the court’s order for auctioning the cocks. The money obtained in the auction will be deposited in the state government’s exchequer, police said.