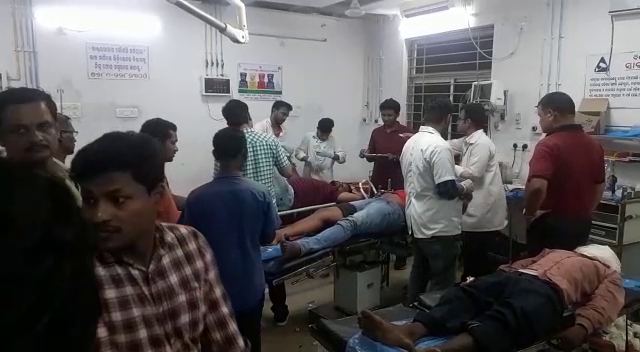 The accused were identified as Ganesh Nayak alias Bulu and Hrusikesh Patra.

The two have sustained bullet injuries on right legs. They were admitted to the MKCG Medical College & Hospital in Berhampur for treatment.

According to reports, the police conducted encounter at Golanthara area to nab the accused after getting information about presence of a group of criminals.

While Bulu and Hrusikesh were injured, three others managed to flee from the spot, informed a police source.

The police seized two mousers, three live bullets and a bike from their possession.