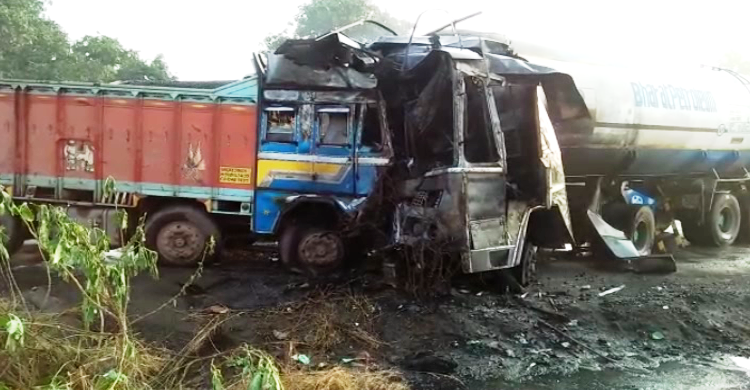 Sambalpur: In a freak accident, two persons were killed after a truck collided head-on with a LPG tanker in front of Jujumura police station on NH-55 in Sambalpur late last night.

The deceased were drivers of both the vehicles.

On receiving information, two firefighting teams from Jujumura and Sambalpur rushed to the spot and doused the flames. Meanwhile,  vehicular movement on the road has been disrupted due to the mishap.