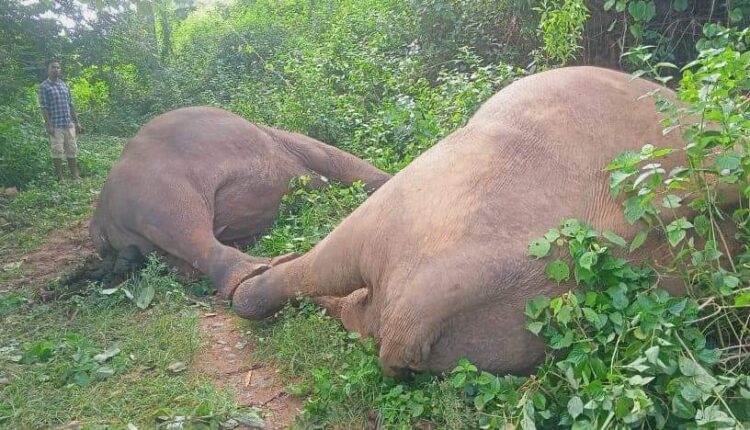 Keonjhar: As many as two female elephants were electrocuted to death on the premises of Krishi Vigyan Kendra under Sadar Forest Range of Odisha’s Keonjhar district.

The carcasses were spotted today while Forest officials, on being informed about the incident, reached the place.

They started investigation to ascertain the circumstances under which the pachyderms came in contact with the live electric wire.

As per reports, the elephants were trying to eat tree branches when their trunks touched the low-lying electric wire, which led to the death of the animals.

Later, power supply was disconnected as Forest officials reached the spot for probe.