Three elephants mowed down by truck in Odisha 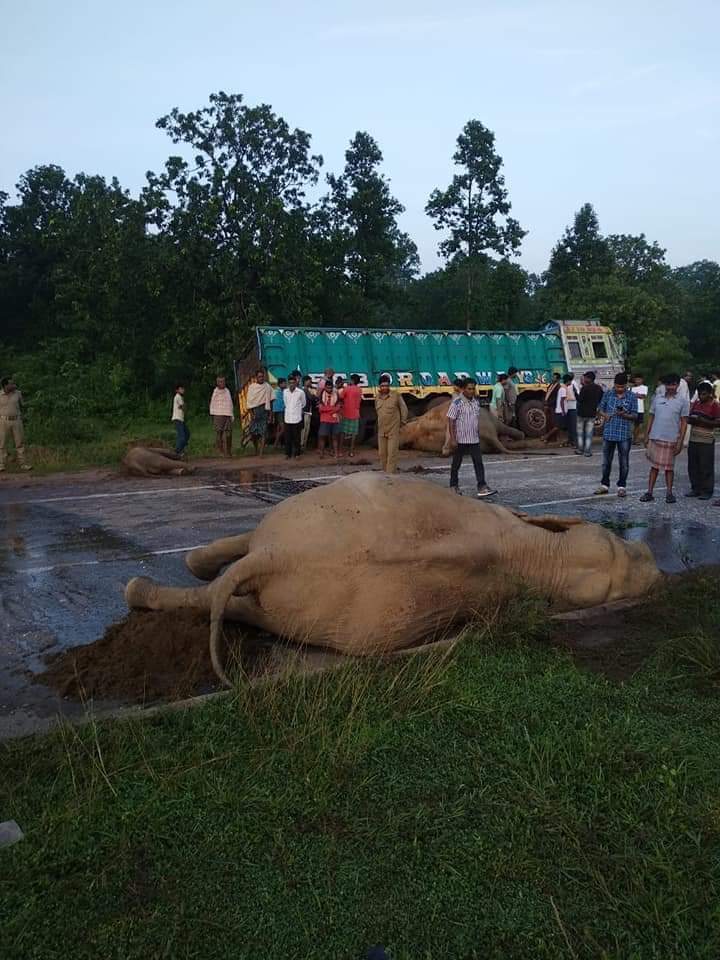 Keonjhar: In an unfortunate incident, three elephants were killed while another suffered critical injuries after two speeding truck hit them NH-20 near Balijodi under Ghatagaon Forest Range in Keonjhar district last night.

Sources said a herd of 10 elephants were crossing the road late last night, when a speeding truck hit them. While two pachyderms, including a calf died on the spot and another critically-injured female elephant succumbed to injuries later while undergoing treatment by a team of doctors from Anandapur today.

After hitting the elephants, one of the trucks lost control and skidded off the road. However, the driver reportedly fled the spot after the mishap.

Meanwhile, forest officials reached the spot and began an inquiry.