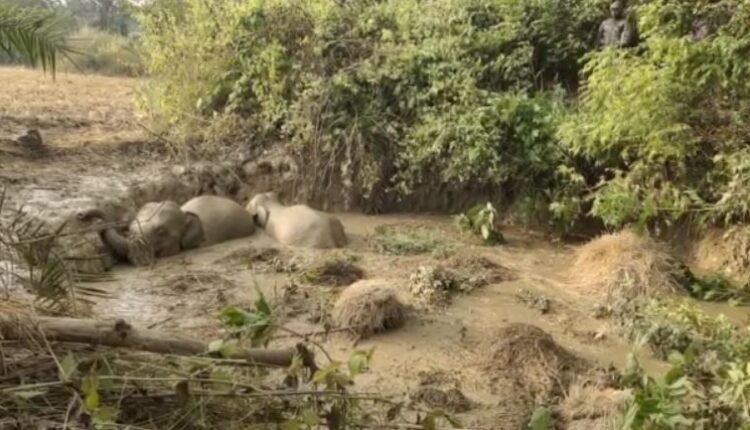 Baripada: As many as two elephants got stuck in a muddy pit at Katharoma village under Baripada Forest Range of Odisha’s Mayurbhanj district.

Locals spotted the pachyderms in the water-filled pit this morning and informed the Forest officials about the incident.

Efforts were on to rescue the animals.

Notably, an elephant herd has been roaming near the village for the last few days. Two elephants of the herd fell into the pit, late last night.

Being stuck in the mud, the jumbos were unable to come out of the pit.