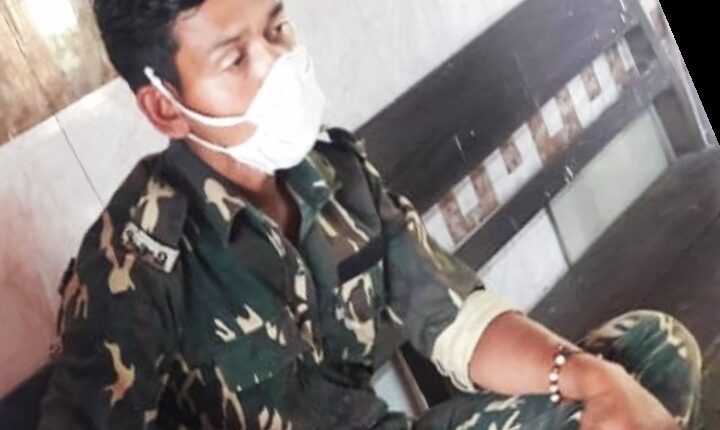 Nabarangpur: The police arrested three youths for allegedly extorting money from vehicle drivers in the guise of police personnel in Dabugaon area of Nabarangpur district. However, one of the tricksters managed to escape the police custody.

The three accused, Pramod Singh Kanwar of Jagdalpur police limits in Chhattisgarh, Galisio Chirstian from Kosagumuda area and Hemadhara Harijan of Dudari village under Nabarangpur police limits were collecting money from vehicle drivers on the State Highway near Majhiguda in Dabugaon area yesterday. Of them Pramod Singh was wearing police uniform, which was why drivers were becoming their victims.

While extorting from a poultry laden truck after collecting money from a motorcyclist and another vehicle driver, some villagers suspected the intention of the three youths.

After a brief enquiry, more than 30 villagers caught the three accused and thrashed them. Later the trio was handed over to police.

Based on a complaint filed by a villager of Majhiguda, the police arrested the three youths after a preliminary questioning. Also, the police seized a motorcycle and a moped.

Sources said three separate cases have been registered against the three accused.

‘Odisha fares better than other States in tackling COVID-19’