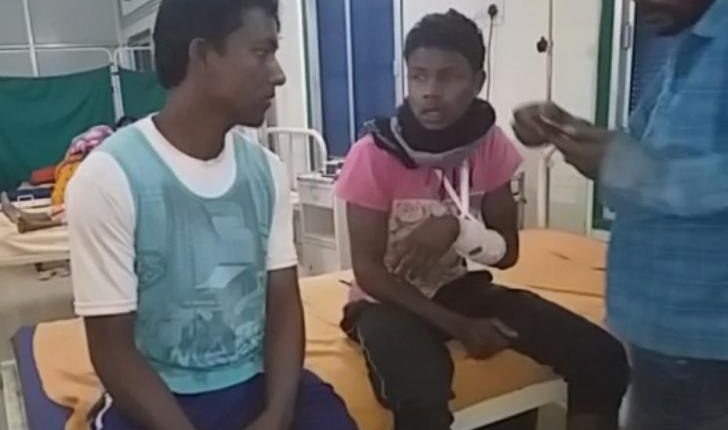 Baripada: Two youths were injured in a group clash at Takatpur under Baripada police station limits of Mayurbhanj district today evening. The injured, Bidu Kisku and Matu Marandi were allegedly attacked with a sharp weapon during the scuffle and have been admitted in Raghunath Murmu Medical College and Hospital.

On January 13, over some petty issues, two groups had fought a pitched battle near Kalia Chhak in Baripada town. A tribal youth was injured grievously during the fight, following which tribal groups decided to raise the matter before the Mayurbhanj SP. Also, some anti-social elements were issuing life threats to the tribals.

Today at 3 pm, while going towards the SP office around 3 pm today to lodge the grievances, the tribal groups were attacked by some members of opponent group. Due to an attack with a sharp weapon, Bidu and Matu sustained critical injuries.

Later, alleging that they were attacked in presence of police, tribals staged a road blockade on NH-18 near Takatpur affecting vehicular movement.