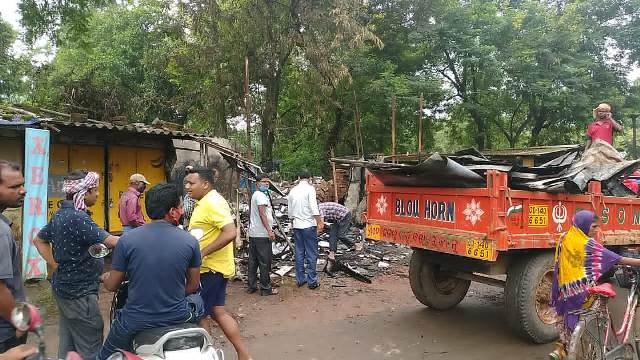 Rourkela: Tension broke out in Malgodown area under Udit Nagar police limits in Rourkela city after two persons were injured in a group clash on Thursday.

As many as seven persons of two communities have been detained and five platoons of police forces have been deployed at the site to avoid any further possible clash.

According to reports, the clash had erupted yesterday between two groups of people belonging to two slums reportedly over past enmity. During face-off, a youth identified as Parvez of one group reportedly fired gunshots in which two persons — Rohit Patnaik and Raju — sustained injuries.

While the accused youth fled from the spot following the incident, the two injured persons were rushed to the Ispat General Hospital (IGH) in Rourkela for treatment.

On receiving information, the Udit Nagar police reached the spot to pacify the people . They detained seven persons including Parvez in the incident.

Till the last report came in, the police held discussions with locals of two slums to bring the situation under control.

Source said that the community clash broke out at around 7.00 pm on Thursday following a heated argument between Parvez and Rohit over a past incident. During the scuffle, Parvez lost his control and fired at Rohit. The first round of bullet reportedly hit him in his left hand and the second-round gunshots left Raju, who was standing near Rohit, injured. When the locals rushed to the site, Parvez had already absconded. Later, the police detained him along with six others involved in the clash.

Two killed, over 10 injured in group clash in Odisha’s…