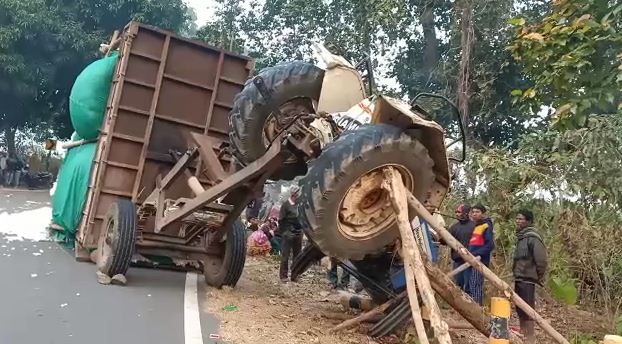 According to reports, the ill-fated cotton-laden vehicle was heading towards Belagama from Majhiguda with three women labourers and the driver onboard. The tractor turned turtle resulting in the death of the driver on the spot.

The three women were rescued and rushed to the District Headquarters Hospital, where one of them succumbed to injuries.

Police have seized the vehicle and started an investigation into the incident.