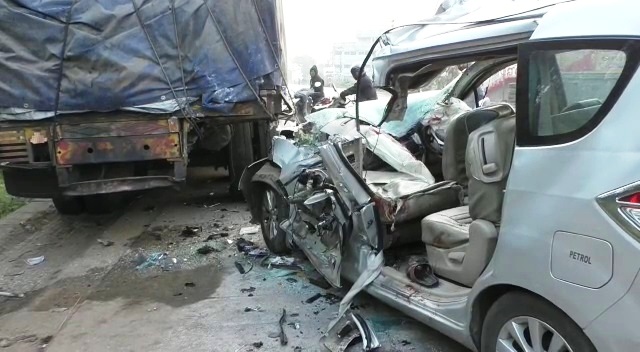 Kendrapara: In a tragic incident, two persons were killed and three others were injured after a car they were travelling in hit a truck in Kendrapara district in the morning today.

The deceased persons were identified as Pranati Panda and Bijay Sahoo. The injured persons have been shifted to Bhubaneswar for treatment.

The incident took place near Duhuria Chhak under Kendrapara Sadar police limits in the morning while the victims were returning to home after having darshan of Lord Jagannath on New Year in Puri.

According to reports, the car in which they were travelling hit a truck from behind following which two were killed on the spot.

The locals rescued the injured persons and rushed them to the Kendrapara District Headquarters Hospital (DHH) for treatment. Later, they were shifted to the AIIMS and Apollo Hospital in Bhubaneswar.

Suffering from arthritis? This drug holds promise for treatment