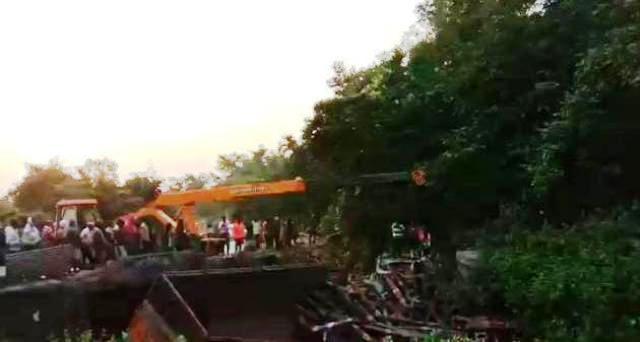 Baripada: Two persons died while another was grievously injured after a truck they were travelling in plunged into a gorge at Dwarsuni in Bangiriposi area of Mayurbhanj district today.

However, identities of the two deceased are yet to be ascertained.

As per reports, the truck loaded with railroad ties and train wheels was en-route to Kolkata from Mumbai on NH-49. Unfortunately, the driver lost control over the vehicle at Dwarsuni this morning, following which the vehicle skidded off the road and fell into a 50-ft deep gorge.

While one of them died on the spot, two others suffered critical injuries. On receiving information, the Bangiriposi police and fire officials rescued the two injured and sent them to hospital. Of the two, one succumbed to injuries, while another was undergoing treatment in critical condition till last reports came in.